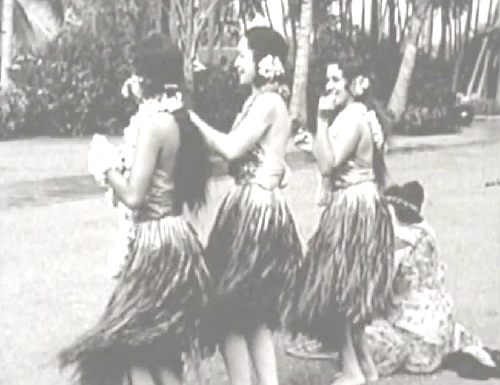 Sorting out attractiveness, veiled in culture and experience.

In this research, they considered the long-held belief that men's choices in females reflect the reproductive health of these females, and that's why men like hourglass figures best everywhere (called the "fertility hypothesis," and has been popular in the West for the past 30 years). They found they could not support this belief with research. Men largely do prefer a particular ratio of hourglass-ness (its not a matter of the most or least hourglass possible), but it doesn't point directly towards healthy offspring necessarily.

"Waist size is the strongest predictor of attractiveness and largely mediates the relationship of both BMI and WHR (fatness and hourglass-ness) to attractiveness."

They found that men everywhere prefer body types that indicate not the ability of a woman to successfully bear children, but that indicate how young a woman is. The preferred body shape is "likely to be young but postpubertal."

"In well nourished populations, the low BMI and WHRs considered attractive are most likely to occur in women younger that age 20."

"What they do indicate is that a woman is likely to be young (15-19), has never been pregnant, and has maximal stores of brain building fatty acids." (From the interview, not the paper)

This age is not the most likely to be fecund (get pregnant), bear a child successfully, or be able to raise a child. "Men seeking mates with maximum fecundity should prefer women in their late 20s who are likely to have higher BMIs than those in their teens.

Most cultures prefer the same low BMI, but not all. Cultures where the people experience a lot of "nutritional stress" (hunger) often prefer fatter women. In two big surveys, of 58 and 54 cultures, around 80% of men preferred women who were "plump or fat."

The preferred BMI/WHR in both types of culture indicates age. "Women's BMI and WHR are reliable predictors of age in well-nourished populations, WHR and BMI are lowest in adolescents and then increase monotonically. In subsistence populations in which men prefer higher than average BMIs, higher values also indicate a younger age, since BMI tends to decrease with age."

"The other half of the health-and-fertility hypothesis--that women with smaller waists and lower BMIs have better health--is also likely to be incorrect. However, better health was predicted by younger age."

Women aged postpubertal - 20 may "have high reproductive value. Even though these younger women have reduced current fecundability and a decreased likelihood of infant survival, they have maximal long-term reproductive potential.

In subsistence populations, "BMIs tend to remain low and often fall with age and parity"... "suggesting that reproductively relevant fat resources are depleted by reproduction."

Women with lower WTS (waist to stature) ratios also tended to have higher levels of omega-3 DHA in their stored fat, an important nutrient during pregnancy and breastfeeding.

"Highly attractive women tend to be 2-4 inches taller than average. We are working on trying to understand why" (from interview, not paper)