How to Change Someone's Mind 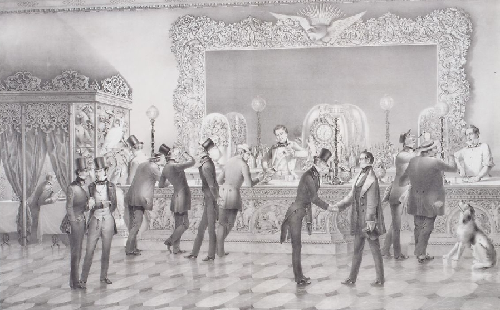 Notes on the recent research done on ChangeMyView

It may be difficult to influence civil behavior in a new or existing community if the existing participants don't display such behavior. [1]

on most other subreddits, users are more committed to defending their own views rather than understanding others' perspectives. [1]

such communities are not suitable for civil disagreements. [1]

creating example content that suggests the desired norms and use gamification to encourage civil contributions. [1]

Participants said that CMV users are intelligent, knowledgeable and active on the community. This makes posting on CMV rewarding. [1]

when users share a common social identity on an online community, they are more susceptible to group influence and stereotyping, despite participant anonymity. [1]

discussion quality is monitored by moderators, and posters commit to an openness to changing their minds [2]

CMV rules explicitly forbid users from being rude or hostile to other members or accuse others of being unwilling to change their views. Many participants felt that a strict enforcement of these rules has been critical in maintaining the civil nature of conversations. Participant P-4, who is a CMV moderator, said that the moderation on CMV tends to be stricter than on other subreddits [1] ... it makes people mroe cautious in how they are posting and encourages polite posts. [1]

making sure that OPs explain why they hold their beliefs and do so at reasonable length (500 characters or more), and that OPs engage in conversation with challengers in a timely fashion. [2]

(advantages of using CMV as a data source:) The OP has, in principle, expressed an openness to other points of view, so that we might hope to extract a sufficient number of view-changing examples [2]

"I've seen threads go ugly so fast [on other subreddits] and I think that having active mods helps CMV not get bogged down by trolls." P-5 [1]

to "soapbox" their point of view instead of engaging in a genuine inquiry about the topic. [1]

META - how we find out how persuasion works

predicting which of the two similar counterarguments will succeed in changing the same view. [2]

stylistic choices in presentation of an argument [2]

Information doesn't necesarily lead to understanding or change. It is a revealing, not a transforming, medium. [1]

multiple factors are at play in persuasion. Beyond the characteristics of arguments themselves. [2]

in the majority of cases, however, opinions are not changed [2]

because people can see time and time again what works [1]

HOW TO MEAURE OP's WILLINGNESS TO CHANGE

First person pronouns are strong indicators of malleability, but first person plural pronouns correlate with resistence. In psychology, self-affirmation has been found to indicate open-mindedness and make beliefs more likely to yield ... first person plurals can indicate a diluted sense of responsibility for the view [2]

The use of more paragraphs, bold formatting, and bulleted lists are all higher when a malleable view is expressed. Taking more time and presenting the reasons behind an opinion in a more elaborated form can indicate more engagement. [2]

Dominance is the most predictive of malleability: the average amount of control expressed through the words used is higher when describing a malleable view... The same holds for happiness (captured by valence). In terms of arousal, malleable opinions are expressed significantly more serenely, ending on a particularly calm note in the final quarter, while stubborn opinions are expressed with relatively more excitement. [2]

resistant views tend to be expressed using more decisive words such as anyone, certain, ever, nothing, and wrong, while help and please are malleable words [2]

The overall low scores suggest that this is indeed a challenging task for both humans and machines. [2]

The language used in arguing, however, is under one's complete control [2]

Many participants pointed out that they repeatedly observed that users who were able to change the views of OPs were those who were polite in their posts. This inspired them to be civil in their own comments. [1]

frequency of certain types of words may be associated with persuasion success (Arousal, Concreteness, Dominance, Valence) [2]

when it comes to normalized counts, though, only italicizing exhibits significance [2]

Definite articles ("the" instead of "a") are preferred, which suggests that specificity is important in persuasive arguments [2]

Hedging is more common in persuasive arguments under root reply and full path ("It could be the case")... Their presence might signal a weaker argument, but alternatively, they may make an argument easier to accept by softening its tone. [2]

if anything, it seems better to avoid using question marks [2]

One common practice in argumentation is to quote the other party's words. However, this does not seem to be a useful strategy for the root reply. [2]

dissimilarity with the original post in word usage, while existing theories mostly study matching in terms of attitude functions or subject self-discrepency [2]

a larger number of words is strongly correlated with success [2]

challenger that enters the fray before another tends to have a higher likelihood of changing the OP's opinion; this holds even for first-time CMV challengers [2]

Most deltas were given to the first and second people who entered. Challengers who entered later saw a steadily-reducing liklihood of getting a delta.

the more participants there are in the effort to persuade the OP, the larger the liklihood of the OP changing their view [2]

might suggest that when talking about the same counterargument, challengers might not be adding value to it, or they might even disagree; alternatively, root replies that attract multiple challengers might be less effective to begin with. [2]

include links as evidence--an interesting contrast to studies of the backfire effect: "When your deepest convictions are challenged by contradictory evidence, your beliefs get stronger." However, it hurts to be too intense in the counterargument. [2]

.com links seem to be the most powerful (compared with .edu and pdf documents) [2]

suggesting that the success rate of frequent challengers does not increase. It is worth noting that this lack of apparent improvement might be explained by a gradual development of a "taste" for original posts that are harder to address. [2]

[some people] felt responsible for posting on CMV to create a dialog with people that they may not agree with beforehand. [1]

is benefit-cost analysis the only way to convince a utilitarian? [2]