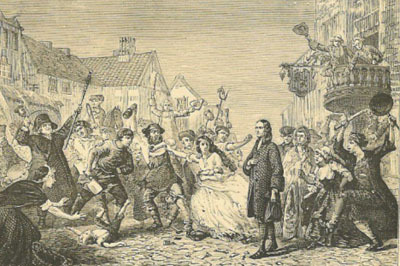 Neuroimaging 'will to fight' for sacred values: an empirical case study with supporters of an AQ associate (2018); Nafees Hamid et al. Research spokesperson: Scott Atran, an adjunct research professor at the University of Michigan’s Ford School and Institute for Social Research

This feature of intergroup conflict, where people fight on when odds of victory are low, suggests choices made independently of calculated risks and likely outcomes. If so, then a primary focus on undestanding, preventing or deterring such behaviors through utilitarian cost-imposition strategies may be insufficient.

Although behavioral work suggests willingness to fight and die for sacred values is relatively insensitive to cost-benefit reasoning, it may be possible to modulate it using methods that do not entail material incentives or threats.

Research on radicalization distinguishes between deradicalization and disengagement, suggesting that former violent extremists rarely change their beliefs (deradicalize) but more often lose their motivation to defent them (disengage). [32. Deradicalization or Disengagement? A process in need of clarity ...; J. Horgan (Perspect. Terror. 2. 3-8)] Accordingly, we conjectured that it might be possible to induce flexibility in the way people defend their sacred values.

For both sacred and non-sacred values there was a significant change in willingness to fight and die ratings in the direction established by peers after participants received conflicting (peers-lower) community feedback, with no statistical interaction with value sacredness. In addition, the sacred values condition evoked higher degrees of both moral outrage (built as an average of anger, contempt, an disgust scores) and joy at peers' willingness to fight and die ratings compared with the non-sacred value condition. Post manipulation moral outrage ratings were substantially higher... when values were sacred...

This observation is consistent with the role of the insula in social aversion, including reactions of disgust and indignation.

deep-seated political conflicts, such as the Israeli-Palestinian conclict, the Iranian nuclear programme, the Muslim-Hindu conlict...

The question remains why there were no brain regions associated with affective processing, such as the amygdala, which activated during the sacred compared with the non-sacred value condition. We believe that the most likely explanation for this owes to our experimental paradigm not being sensitive enough to detect the differential neural activity associated with affective regions.

a heuristic making decisions easy to solve, or cached-offline, whereas decisions regarding non-sacred values would involve some degree of calculation.

Our findings suggest that even when social network interventions are unlikely to reduce commitment to a sacred value, they could reduce adherence to violent options.

then material incentives (economic carrots) or disincentives (sanctions as sticks) only back re.

We found that the brain used di erent networks when considering di erent causes. There were areas we saw that were inhibited, silent, for sacred causes. These were the areas we call deliberative. These are involved in assessing the pros and cons. With sacred causes when people are deciding how much they should ght and die, they are deciding much faster. It’s not a rational decision, but a rapid duty-bound response regardless of real costs or likely consequences. They are doing what they believe.

Arguments and attempts at persuasion that rely on rational and seemingly reasonable attempts to pull people away also will have limited impact because the part of their brain associated with deliberative reasoning has deactivated. Moreover, such strategies do not reach out to the individual.

We also have to nd out when and why people lock in to sacred values, and how those values might be de-sacralized.

Another implication is that the people best poised to get others to abandon violence without abandoning values are those who hold the same values. This con rmed what I had previously observed in Sulawesi, when Sala preachers were able to dissuade a suicide attack group from killing others and dying themselves.